The take-away from this is that many clever people have worked for a very long time on optimising the Mathematica’s built-in functions, such as Dot. In particular, when Dot is called, it turns the calculation over to a set of C++ libraries for numerical linear algebra known as the Intel MKL. Of course, we could just do all of this in C++ and call MKL directly. Usually, however, the time saved in the calculation itself is not worth the extra headaches of coding in C++ and having to recompile just to try out a new idea. Mathematica allows us to play with ideas and have performance close to (within a factor of three or so) doing everything in C++. And as we’ll see in a future post, Mathematica can take advantage of multiple CPU cores without us really having to think about it.

We can see the same behaviour play out with higher-rank tensors. Imagine we want to contract a matrix with another matrix: $m_{ab}n_{bc} = (mn)_ac$. We could implement this as

Not bad! Just let Mathematica do the dirty work! Note that Mathematica thinks of these matrices as arrays (or more accurately Lists) of dimensions {500,1000} and {1000,750} respectively: 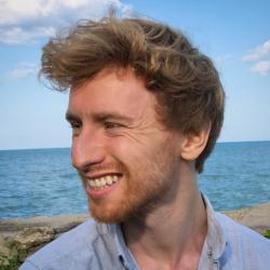